This is a pictorial tour of the Yellow Barn Art Farm and School of Sculpture created by The Western Welder. 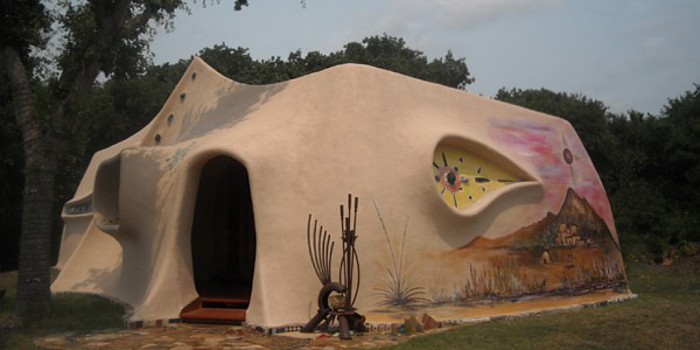 The Artist likes to call his Art Farm "A Model for the World's Largest Sculpture Park".

This story is about an artist and his Sculpture Park. It’s the culmination of 60 years of being creative in his mind and actions.  Starting at 10 years old when his father helped him build his own workbench after showing him how to use the tools in his workshop.

Model cars were the first sculptures he made.  He Used body putty and sandpaper to build radically modified model cars for his collection.  By the time he was 19 he was ready with the help of his engineer father to spend a year in the garage building a super custom Harley Chopper, a real show stopper. This is what he rode out to see the new movie Easy Rider.

By the time he was 20 he was serving with the 2nd Btn. 506th Infantry 101st Airborne Division (a Band of Brothers) in Vietnam. In the book “Ripcord 101 Under Siege” by Keith Nolan is written the story about him being wounded in his last gunfight while taking out a machine gun nest. He sometimes refers to that incident as being creative with hand grenades.

Another situation he found that offered an opportunity to be creative in Vietnam was while cruising through the city of Hue close to the northern border he remembered a water fountain in the center of an upcoming culdesac intersection. He turned around with a colored smoke grenade, pin pulled and asked his brothers for help.  Twenty five arms came up and when the trucks came around the corner everyone knew what the target was. What happened next was more than he expected.  When 26 colored smokes go off in one place at the same time it creates an upside down Eiffel Tower shape. The locals ran out of their shops pointing and smiling while calling their relatives out for a look.  Goofy Grape, Lemon Lime, Raspberry and Banana beautiful smoke!  I often wonder if they remember the time an artist brought a big splash of color to their brown town?

For his service he was awarded 2 Purple Hearts and the Bronze Star with V device.

After graduating from Welding School where he also worked as a temporary teacher he began work building drilling rigs in the oil fields. Once after building a lock box to cover a gate valve that controlled the flow of expensive drilling mud he realized that he had created a tourist attraction. While rolling up his welding leads he passed two welders from another drilling rig who asked him “where is that treasure chest we heard about. He said at the top of the stairs go straight ahead, you can't miss it”. What he had built was a red with gold trim Treasure Chest that sat in a white engine room.

In the late 1970 he moved to some land in the country surrounded by a forest. In this place of peace and serenity he has crafted for himself a 7 ½ acre Sculpture Park.

This artist has visited eight different countries in his lifetime so far. He has also put together two sculpture displays featuring some of his larger sculptures in the two major cities in his state and has had several on air interviews with news reporters over the years. Once while walking down a busy street in a big city in Mexico a gentleman kept staring at him. Finally the man said “I know you senor, I have seen you on TV”.

What’s next for this artist? He always says “if I had my way I would build the worlds largest Sculpture Park. 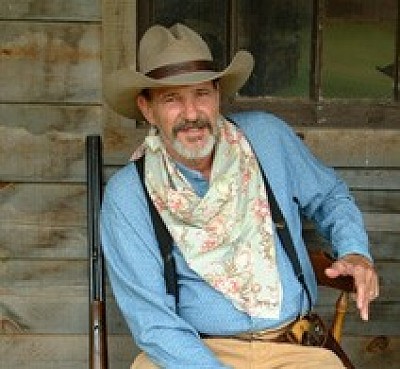